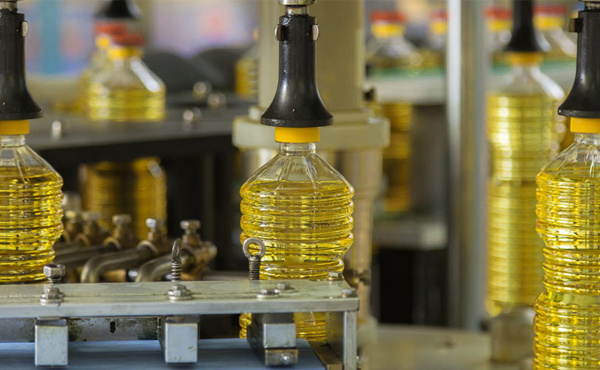 Trans-Oil Group is the only producer and exporter of soft oils and meal in the Republic of Moldova. The group owns and operates two crushing plants with a total crushing capacity of 620,000 tons of oil seeds per year, equivalent to an output of 230,000 tons of bulk sunflower oil and 200,000 tons of pelletized sunflower meal. Both plants have silo-type storage on their territory with a total storage capacity of 60,000 tons of sunflower seeds.
The crushing facilities are strategically located in the north and south regions of the country. This allows the group to efficiently source sunflower seeds from farmers with minimal logistics costs. For the same reason, the Trans-Oil Group opened 84 exchange points all over the country. At the exchange points, small-scale farmers are able to exchange sunflower seeds for bottled oil and meal, or to sell them at market price.

Both crushing plants are cost-efficient, as they are currently running on brand-new equipment.

The Crush plant in the South was built from scratch and put into operation in 2010. The Northern plant, on the other hand, was founded in 1922. However, the group has invested in modernization. For example, in 2014-15, the group fully replaced the boiler and dehulling units. In 2016-2017, the group launched the new extraction unit.

TRANS-OIL GROUP is the biggest producer of bottled oil in Moldova. In the Northern crushing plant, the GROUP operates a bottling line with capacity of 190 tons per day. This makes the bottled oil segment fully vertically integrated, from the origination and crushing of seed, to the refining and deodorization of the crude oil, bottling, delivery, and marketing of branded products. On average, local market sales are 20 thousand tons of bottled oil per year, which equates to about 80% of total local consumption. The remaining bottling capacity is used for export sales, both under their in-house label or private label.

However, the majority of sunflower oil produced at our facilities is exported in bulk through our supply chain, mainly to the EU, Turkey, and Egypt markets.